Hello to all. Today we explain way how to catch golden Magikarp and red Gyarados.

Some users have captured Pokémon of different colors like a golden Magikarp or a Gyarados of red color. For now it seems that these two Pokémon are the only ones available in shiny color. We do not know if Pokémon GO will end up getting more such Pokémon, as we do not have any official Niantic news yet.

Pokémon Go has been undoubtedly one of the most outstanding games of the past year and continues to have much fame right now on all mobile devices. We have seen in the amount of people who continue to play this game and for them Shiny Pokémon reaching Pokémon Go seems to be a great news. It is for the first time that such shiny Pokémon have been available, since the game came out.

Yesterday we informed you about the new event in Pokémon GO on the occasion of the international day of water. In this festival, water-type Pokémon would be the main characters, and the trainers would have it much easier to catch specific Pokémon. 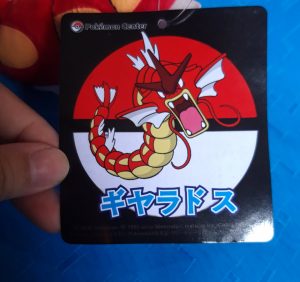 Now, as they tell us from Pokemongoworldnews, Shiny Pokémon have landed on Pokémon GO with a surprise: you can now get golden Magikarp, as well as its evolution, red Gyarados.

Finally, and although Niantic has not confirmed it officially, some users have managed to capture this precious Pokémon.

Since it is a special event, it will be possible to capture this new Pokémon until the festival has finished, next March 29, as it has already happened with other events of this style.

As we told you yesterday, this will not be the only Pokémon that can be achieved on the occasion of the festival, as Niantic stated in the announcement of the event, which will also increase the probability of catching Lapras. Finally, remember that in the store, all coaches will be able to enjoy a gift on the occasion of the event, which is a Magikarp hat to customize the avatar.

Again, we remind you that these shiny Pokémon will only be possible to catch during the days that the event remains active, which began yesterday at 10:00 pm, and will end on March 29 at 10:00 pm. 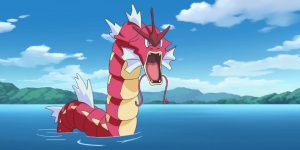 With the theme of exchanges in Pokémon Go, these Shiny Pokémon will become something everyone wants, and there may be a parallel market in Pokémon Go with these new Shiny that arrive. We will have to wait for an official statement from the company to know whether only these two Pokémon will be available with this new aspect, or they plan to release more such Pokémons.