I’ve been throwing this idea around for a while, especially after my friend commented that the motivation in a lot of movies and video games are fathers or husbands or brothers, etc. We were discussing Lara Croft and Angelina Jolie in Tomb Raider and my friend pointed out that many women heroes are generally motivated into action by what their fathers did, and not their mothers. Why is it female characters cannot have strong females in their lives? I can’t think of one female character who is taking after her mother, or sister, or aunt or other female relative. And I think it should change. 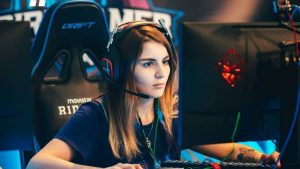 There are plenty of female characters out there. There’s even a whole Wikipedia site on female protagonists. So why aren’t the women out there doing stuff for their female relatives? Folklore sort of has a female who is motivated by her mother, but only because her mother disappeared. Lara Croft Legends whole story is based on finding on what happened to her mother. But no female character says “I’m doing this because my mom is an aviator,” or “My mom is an archaeologist so I’m off to find dinosaurs” or whatever motivation that people have. They’re generally off to find them because they somehow disappeared, and not because they disappeared in the middle of the jungle while researching a new type of poisonous snake.

How many video game characters, male or female, do you know that went on the war path because someone killed their mother? I can’t think of one. I also can’t think of one female who gets her “can-do” attitude, her “kill or be killed” demeanor, or her love for adventure from her mother. For example, in Fatal Frame, the female lead goes on the hunt to find her missing brother. Granted, she gets her ghost-killing ability from her mother, but that’s not what the story is about. In almost every video game (I’m sure someone will point out a game I overlooked that has a female motivation) the female character is always looking for, or doing something for, or fighting for, a male, not another female. 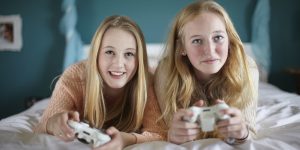 So I say this, to video game makers: get off your asses! There are plenty of women out there who are incredibly strong role models. Women out there are in the armed forces, doctors, fire fighters, martial art masters, just to name a few. You can make a female character be motivated by another female. You can make a FPS or RPG or any other shoot-em up kill ‘em dead game with a female lead and a female mentor. And I can tell you, it won’t affect your sales at all. In fact, you might make some more money because there will finally be a game that women and girls completely relate with.